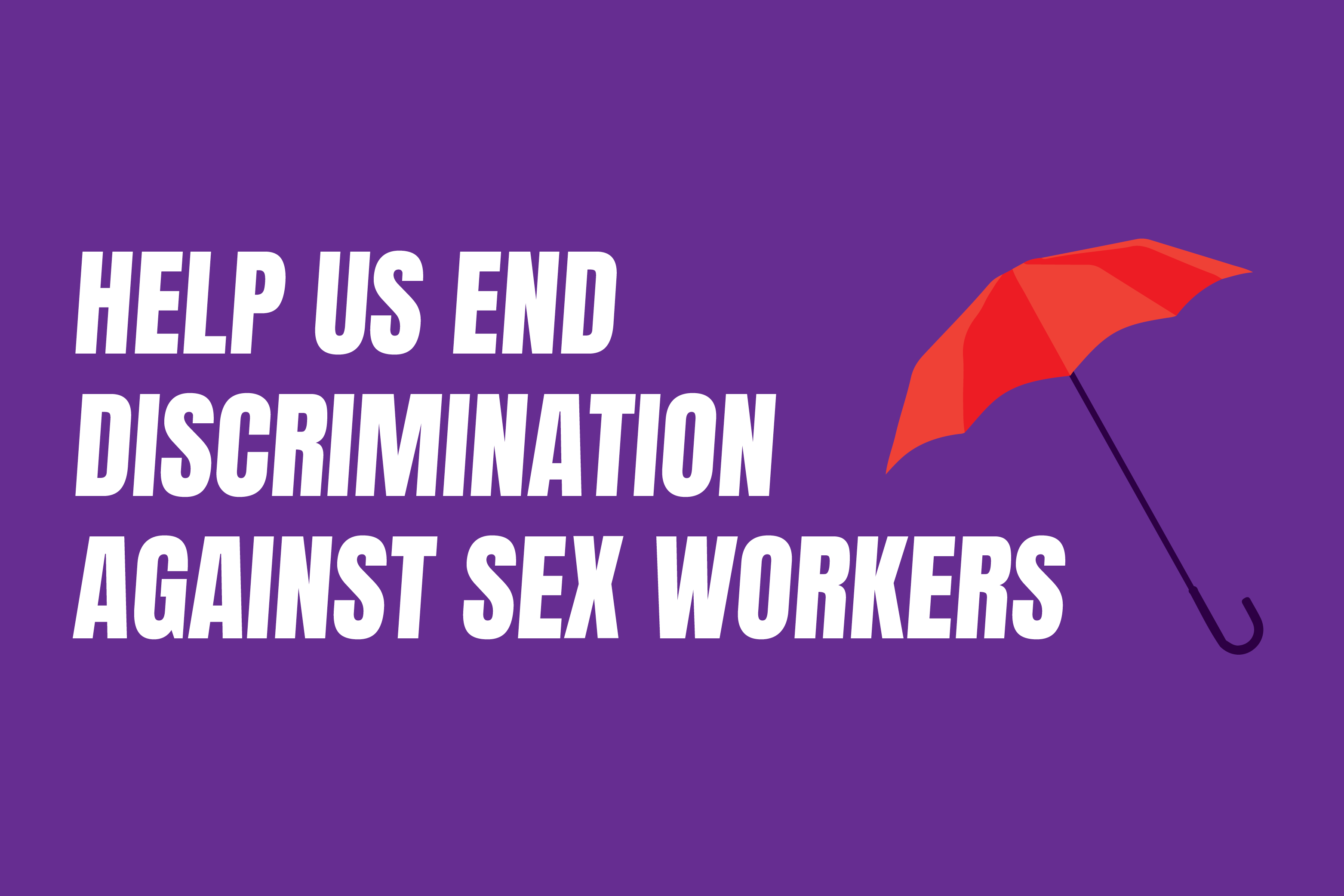 Today Abigail introduced The Greens Bill to protect sex workers from discrimination by amending the anti-discrimination act. This long overdue reform that has been called for by the sector for quite some time will ensure sex workers are no longer denied services or refused housing. Read Abigail's speech below.

Ms ABIGAIL BOYD (10:36:45): In 1995, after years of campaigning, New South Wales became a world leader as the first jurisdiction to decriminalise sex work. The passage of the Disorderly Houses (Amendment) Act 1995 was long overdue and came in the aftermath of the Royal Commission into the New South Wales Police Service that found there was a:

. . . clear nexus between police corruption and the operation of brothels.

Paul Whelan, police Minister in the government of the day, said on the bill's introduction in 1995:

We should all remember that primarily this legislation is intended to remove corruption from the industry and protect the health of sex workers and their clients.

It has been nearly 25 years since the decriminalisation of sex work and in that time the evidence has been clear: Decriminalisation works. It protects workers and it saves lives. Yet despite the clear intentions of the bill—to protect the health and wellbeing of sex workers—progress has long since stalled. Sex workers are routinely discriminated against for their chosen occupation. They are denied housing, refused services and forced to endure the entrenched stigma embedded deep within our society, day in and day out. It is time for that to end. It is in this spirit that I, on behalf of The Greens, introduce the Anti-Discrimination Amendment (Sex Workers) Bill 2020. This bill will make a small but meaningful contribution to upholding the rights of workers who choose this profession. Many more changes are required—both formal changes in the law and, more broadly speaking, cultural changes in our society. This bill can begin that process by remedying that gap in the Anti-Discrimination Act.

I recognise and thank three organisations that The Greens have worked closely with to ensure that the bill does what they need it to do. I thank the Scarlet Alliance, Australian Sex Workers Association, which is the national peak sex worker organisation; the Sex Workers Outreach Project, or SWOP, a community-based organisation focused on education and health promotion in New South Wales; and Touching Base, which assists and advocates for people with disability and for sex workers. Working closely with those organisations and hearing about the work they do to advocate for workers in their chosen profession has demonstrated clearly to me why reform is necessary. I thank them for their kindness, grace and good humour, for their time and most importantly for trusting me to move the bill to amend the Anti-Discrimination Act in this place.

The bill will provide much-needed protections for thousands of sex workers in New South Wales. Those workers have countless stories of discrimination—everything from a nudge and a wink to the loss of housing or employment, the denial of essential services and serious assault. One sex worker put it this way:

[Discrimination] means not answering the question "what do you do?" without considering that at best, I'll probably end up answering a bunch of naff questions to satisfy someone's curiosity, at worst, someone will cut off from me and do something hostile. Discrimination means applying for a job and leaving big chunks of things out, hoping the police check doesn't disqualify me. Discrimination means trying to rent a place, to work without being able to declare my income, give a job reference or tell the landlord what I really intend to do there …

The sharp end of discrimination is assault. The Australian Centre for the Study of Sexual Assault notes that few studies have examined the assault of sex workers. In 1991 Roberta Perkins, an Australian sociologist, writer, and transgender and sex worker rights activist, found that 20 per cent of respondents in New South Wales said they had been raped at work—half more than once. Almost half of respondents reported that they had been raped outside of work, almost always by a close contact. Perkins suggested that the disproportionately high rate of sexual assault against sex workers in their private lives resulted from:

… men who knew that they worked as prostitutes and … assumed that they had access to them at any time.

There is evidence that the assault and harassment of sex workers is under-reported. The Australian Centre for the Study of Sexual Assault found that the primary reason for non-reporting by sex workers is a lack of faith that the police and courts will hold offenders accountable. Assault and workplace harassment are already offences and the bill does not directly address them, but discrimination is systemic. Addressing some problems directly will help to address other problems indirectly. The provisions of the bill mirror similar provisions of the Anti‑Discrimination Act. Fifteen distinct provisions make discriminatory treatment of sex workers or those who were previously sex workers unlawful in various contexts. Division 2 makes it unlawful to discriminate in work on the grounds of a person's occupation as a sex worker. A joint project of the Scarlet Alliance and the Australian Federation of AIDS Organisations calledUnjust and Counter-Productive: The Failure of Governments to Protect Sex Workers from Discrimination includes firsthand accounts of discrimination. One worker said:

I would never disclose to a prospective employer of a "straight" job that I was/am a sex worker because of fear of discrimination.

That fear is understandable. In 2005 a Brisbane high school teacher was reported to their principal for working a second job at a brothel. The report was made by a fellow teacher at the same school, who visited the brothel as a client. Both people were acting legally, yet it was only the female sex worker who was penalised. The Sex Worker Outreach Project receives many reports of sexual harassment in the workplace. SWOP argues that overarching issues contribute to the disempowerment of sex workers—namely stigma, negative social attitudes to sex work and gender inequality.

Redfern Legal Centre asserts that because much sexual harassment at work involves bullying and discrimination, attempts at remedy usually involve anti-discrimination legislation. However, in New South Wales a lack of occupational discrimination legislation makes that much more difficult for sex workers. The Australian Human Rights Commission has also argued that discrimination by occupation is a serious gap in the current Federal legislation. Proposed section 50AI makes it unlawful for a body that deals with authorisations or qualifications to discriminate against sex workers. For example, there is discrimination in how local councils effectively authorise sex work through the zoning of premises and requirements for development applications. Research by the University of Technology Sydney and Touching Base found that between 2013 and 2015 in the Sydney metropolitan area only 15 per cent of complaints about sex service premises required further action.

The research also found that just three councils were responsible for 96 per cent of all complaint actions. All 15 of the complaints in North Sydney came from a single person and resulted in three complaint actions. Councils further discriminate when authorising working from home, which I will return to when addressing discrimination in housing. Proposed section 50AL makes it unlawful to discriminate against sex workers when providing goods and services. Many sex workers report that they feel the need to be careful about who they disclose their occupation to during business or day-to-day living experiences. In a story in theUnjust and Counter‑Productive report one person said:

Another example is discrimination when purchasing advertising services. Sex workers are restricted, often unofficially, when it comes to the medium and content of advertising. Sex workers often require specific content in their advertising for professional and safety reasons, yet they often face restrictions that are not applied to other comparable businesses. Proposed section 50AM makes it unlawful to discriminate in the context of accommodation. In its submission to the Australian Human Rights Commission's inquiry into sexual harassment in workplaces, the Sex Worker Outreach Project argued that being outed as a sex worker exposes people to homelessness. For example, if they rent a property where the property owner or real estate agent discriminates against sex workers or if they own an apartment where the body corporate discriminates against sex workers.

Local councils discriminate in the context of accommodation through their regulation of working from home. Touching Base has found that the City of Sydney is the only council in the Sydney metropolitan area that allows sex workers to work from home, regulated in line with all other home occupations. Most other councils only allow sex work in industrial zones. There is no evidence that this increases amenity and safety for anybody. That can happen even in more progressive local government areas. In 2010 the Marrickville council moved to prohibit sex service premises from all zones except industrial zones. That made working from home almost impossible, which is less safe for workers and clients.

When New South Wales decriminalised the industry in 1995 it was a world leader in the rights of sex workers, but that was 25 years ago. To date stigma, harassment and discrimination remains embedded and entrenched. The bill offers long‑overdue, concrete legal protections to sex workers, for which sex workers and the organisations that steadfastly represent them have long been campaigning. A number of other pressing reforms to the Anti-Discrimination Act are required, but the bill is a positive step forward. Sex work is work, despite the wowsers and moralisers, institutional discrimination and the hypocrites who wag their finger at sex workers with one hand while seeking their services with the other. It is the view of The Greens that all workers, no matter their chosen profession, should be treated with dignity and respect inside and outside their workplace. In 2020 it is time to end the stigma, stop the discrimination and protect sex workers from harassment for simply doing their job. I commend the bill to the House.