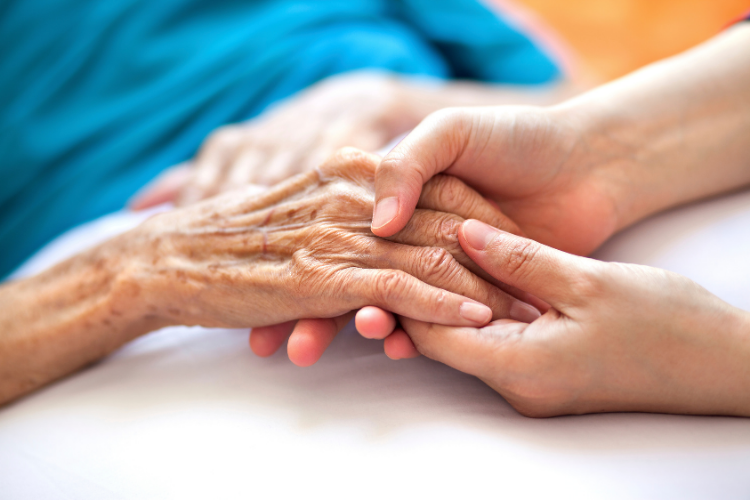 Supporting the right to die with dignity

Today Abigail spoke in further support of the Voluntary Assisted Dying Bill 2021, which she is a proud co-sponsor of.

I speak in support of the Voluntary Assisted Dying Bill 2021, of which I and all of my Greens colleagues are co-sponsors. I particularly acknowledge my colleague Ms Cate Faehrmann for her longstanding support and significant work towards this reform, having herself introduced a bill to provide for voluntary dying many years ago in this place. I support the words in her contribution to the debate, and I thank her for them. This bill is long overdue. Despite the majority of our community having been in support of this reform for some time, the views of a minority, disproportionately represented in this Parliament, have held back progress. The delay in passing voluntary assisted dying laws in New South Wales has caused so much needless suffering that could have been avoided with quicker action by this Parliament. But here we are, with a bill put forward not by the Government but by a group of cross-party MPs determined to do the Government's job for it, and to do what the majority of the community are asking us to do.

Many members have spoken about the need for a conscience vote on the bill, the position taken by both the Labor Party and the Liberal Party, and we should question why that is, particularly for members in the upper House who, at least theoretically, are supposed to represent their parties rather than their electorates. Conscience votes are, of course, reserved for bills where Labor and Liberal members cannot agree a position internally and their factional divisions hold them back from having a clear policy. The constant squabbling between the religious right and the more moderate parts of both parties means that each election they go to voters without clear policy positions on vital issues such as this one, where the public simply does not know what it is going to get if they vote for one party or the other. That is one of the many reasons that I chose to be a Greens member, and why I am proud to be a Greens MP Our policies are there for everyone to see, both before and after elections, developed and passed by our membership as a whole. What's more, our representatives are elected explicitly to follow those policies. They are not elected as Greens MPs to put our own self-interest ahead of the people who voted to put us here, but instead to represent faithfully the platform on which we were elected.

So it is that I do not have a conscience vote on this issue. Greens MPs do not need conscience votes on any issue. But, for the record, I would still gladly support the bill, which is about compassion, choice, and allowing people to have control and autonomy over their own bodies. It reflects not only my views and Greens policy but, vitally, also the views of a clear majority of people in New South Wales. There is no doubt that governments could be doing a lot more to improve palliative care. There is no doubt that, at times, people are suffering needlessly due to a lack of resources dedicated to helping people live with dignity at the end of their lives. There is no doubt that the financial pressures of a Medicare system that does not apply universally or extend to developing treatments makes an already incredibly difficult period even more stressful. And there is no doubt that we could be doing so much more to improve our medical knowledge, the palliative care system, universal health care and our understanding of what it means to be terminally ill. I firmly believe we will get to a stage where we achieve all of that and more, albeit perhaps only after a change of government at both State and Federal levels. But we simply cannot argue with reality. We do not yet live in the world that we could, and ought to, live in. When faced with that reality, people ought to be able to choose how they spend their last days.

Let me be very clear: No person in New South Wales should have their choice limited by inadequate palliative care or financial pressures exacerbated by an incomplete healthcare system. Even when the very best and most universal palliative care is available, terminally ill people must be allowed to have control over the end of their lives. No-one should be forced to experience unrelievable suffering. In the interests of passing this bill as quickly as possible, I will not make a long contribution to this second reading debate. But I want to put on record the concerns that have been raised by some about how this law would impact on people with a disability. When we look at the long list of people overlooked and outright neglected by the current State and Federal Coalition governments in their policy decisions, people with a disability are particularly hard done by. That has been glaringly obvious during COVID, and it is an absolute disgrace.

As the Physical Disability Council of NSW [PDCN] noted in its submission to the inquiry into the bill, voluntary assisted dying is a difficult subject for many with disabilities due to its inherent connection to quality‑of‑life judgements. It stated:

Many in society, including legislators, project their own ableist biases when assessing quality of life and it is the role of organisations such as PDCN to challenge the assumption that disability, in and of itself, reduces the quality of a person’s life. These assumptions, particularly when reflected across public policy, entrench prejudices about the lives and capacities of people with physical disability in the community, which in turn can cause damage to individuals with disability, affecting how society relates to them and how they think and feel about themselves. It is important to note that the last two years have been a time of increased vigilance for the disability community. Public policy decisions regarding issues such as vaccine allocations and lockdowns have placed the health and welfare of people with disabilities, many of whom have increased vulnerability to the virus, at increased risk.

In this context it is unsurprising that some people with a disability have an entirely reasonable fear about the misuse of these laws. However, having discussed the issue with stakeholders in the disability space, I am comfortable that the bill strikes the right balance. Importantly, section 4 of the bill acknowledges that every human life has equal value, that people must be supported to make informed decisions and that all people have the right to be shown respect for their personal characteristics. That sets a really important foundation for the operation of the bill.

Moreover, section 16 (2) expressly provides that disability is not, in and of itself, a condition that enables a person to access voluntary assisted dying. Again, that is a really critical provision. I want to thank so many for their tireless advocacy and work to bring about this reform. I acknowledge, of course, the work of Dying with Dignity NSW, which has worked for four decades to achieve this reform, with a special shout‑out to the Central Coast branch and its coordinator, Beverly Simons. I also acknowledge the work of Go Gentle Australia and the 29 member organisations of the NSW Voluntary Assisted Dying Alliance, which includes key national health care and professional bodies. I thank the Council on the Ageing, ACON, Cancer Voices NSW, Humanists Australia, Marque Lawyers, the Older Women's Network, the Rationalist Society of Australia and so many others who took the time to write to me and my office to express their support for the bill. I also put on record my thanks to my fellow co-sponsors of the bill, without whom the bill could not have happened. I am extremely proud to stand with them to support the bill.

You can find the full transcript on Hansard, here.