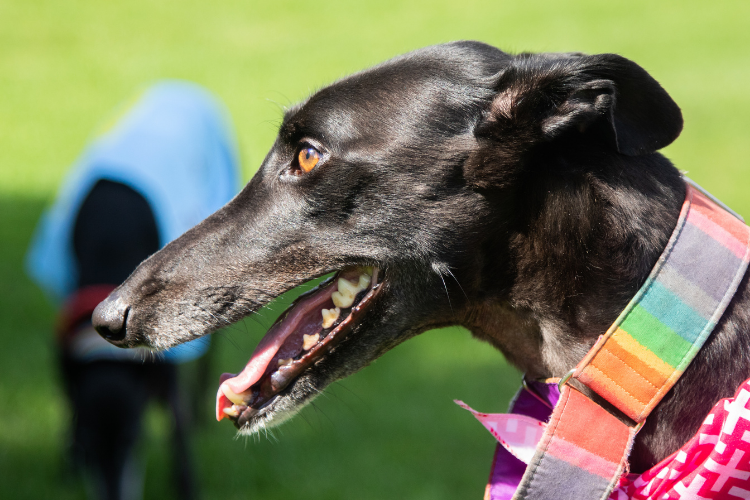 Today Abigail spoke strongly in support for a request for footage and documentation in relation to potential animal cruelty at a Greyhound Racing NSW track that the Animal Justice Party had tabled.

The Hon. MARK PEARSON: I move:

That private members' business item No. 581 outside the order of precedence be considered in a short form format.

That, under Standing Order 52, there be laid upon the table of the House within 14 days of the date of passing of this resolution the following documents in the possession, custody or control of the Office of the Greyhound Welfare and Integrity Commission or Greyhound Racing NSW relating to video footage of greyhound races:

(c)all documents relating to the removal of video footage from Dogs.com.au of races held at Maitland Greyhounds, Bloomfield Street, Maitland on 27 April 2020 or at the Gardens Greyhound and Sporting Complex, 104 Sandgate Road, Birmingham Gardens on 15 May 2020; and

Ms ABIGAIL BOYD (21:05:08): The Greens will also be supporting this call for papers. The call seeks video footage of a series of races which resulted in the death of three dogs which were barely into their adulthood and injury to another dog. The footage has been inexplicably removed from the only publicly available video repository of greyhound races in New South Wales and we find that to be of great concern. Sketchy Daly, who was three years old, was killed at Maitland on 27 April after fracturing his wrists; in the next race immediately following, No Rules suffered a fractured hock and has not raced since; and during the final race at Maitland at the same track on the same day, Kiarni Devil was also killed after fracturing a leg before the races were called off. She was also only three years old. Less than a month later, Coniglio was killed at Ladbrokes The Gardens on 15 May after an horrific injury. He was only two years old and it was his second race that killed him.

The footage of all of those races, as well as the one before Sketchy Daly's fatal race, has been taken down from the website of Greyhound Racing NSW, thedogs.com.au, and have been hidden from the public eye. That is why we have got to this point where the request under Standing Order 52 is brought. I flag at this point that in order to ensure that the Standing Order 52 request can be complied with we will move an amendment to paragraph (c). I move:

Those dogs deserve to have their deaths recognised, acknowledged and investigated, so we support this motion under Standing Order 52.