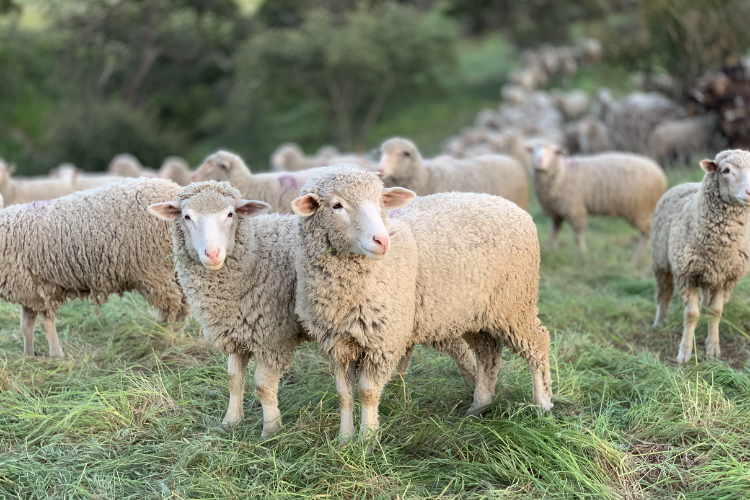 We managed to overturn a 2007 ban on private prosecutions for animal cruelty, which means that amazing animal activists and organisations like Animal Liberation and the Animal Defenders Office can now take animal abusers to court.

We have also extended the statute of limitations on animal cruelty cases, so the police, the RSPCA, and private citizens have three years from the date the authorities become aware of an instance of cruelty to go to court, rather than just one year from the cruelty occurring.

Finally, we also ordered the Minister to urgently review the broken and sorely out-of-date Code of Practice for dog and cat breeders.

These amendments complement the Government's Prevention of Cruelty to Animals Amendment Bill 2021, which increases penalties for three animal cruelty offences in NSW.

In supporting the Bill, Abigail said: On behalf of The Greens I speak in support of the Prevention of Cruelty to Animals Amendment Bill 2021, although I flag that we will be moving a series of amendments to improve and strengthen it. As has been said, New South Wales has some of the most lax animal cruelty legislation in Australia. The strengthening of our animal cruelty legislation to bring our laws into line with community expectation is long overdue.

The Greens have been campaigning for better enforcement of animal cruelty laws for the better part of two decades and I am pleased to see this important work making some headway, with the Government doing more to discourage acts of animal cruelty. This bill follows the inquiry conducted by the Select Committee on Animal Cruelty Laws in New South Wales last year, which recommended the increasing of penalties for animal cruelty offences. I also acknowledge the work of the Hon. Emma Hurst in introducing the Prevention of Cruelty to Animals (Increased Penalties) Bill 2020 late last year. There is, of course, so much more to do to prevent animal cruelty in this State. Ending animal cruelty does not stop with just increasing the penalties for acts of cruelty. It means recognising in our legislation what cruelty actually looks like and providing the adequate resourcing to fight it. I will talk more about this later.

The Government has been constantly on the back foot with animal welfare. By the Government's own standard set out in its Animal Welfare Action Plan published by the Department of Primary Industries, it is behind on its review and overhaul of animal welfare legislation, regulation and codes. As just one example of many, the new breeders' code of practice is now three years overdue. Other members have spoken about the impact and absurd results that is having around the State. There is nothing more absurd than a fairytale being told about something as serious as animal cruelty. The sad reality is that animal welfare is simply not a priority for this Government.

A government committed to the best animal welfare outcomes would enforce welfare and investigate criminal acts of cruelty themselves rather than outsourcing the task to charities, or would at the very least fund those charities to do that work, rather than place the onus on them to fundraise the lion's share of the money required to investigate crimes and prosecute criminals. A government committed to animal welfare would remove animal welfare from the remit of the Minister for Agriculture and Western New South Wales, whose job is to serve and promote the interests of an industry that is dominated by big agricultural interests, and whose very business model encourages profit-making from animal suffering. The reality of the animal agriculture industry is that practices that are actively cruel—like keeping laying hens in battery cages or breeding pigs in sow stalls—are simply more profitable.

In the context of the agriculture industry, the concept of animal welfare is synonymous with the idea of quality of product. Out in the community, views have evolved to recognise that animals are sentient beings that have value beyond their use to humans. Put simply, when the Department of Primary Industries and the Minister for agriculture are tasked with making the lives of big agriculture easier, why would they prioritise animal welfare? This is an inherent conflict of interest that was recognised in the final report of the animal cruelty inquiry, and a government that was committed to animal welfare would act to separate those responsibilities. At the very least, a government committed to animal welfare would establish a statutory body independent of the Minister for agriculture to monitor animal protection and oversee the animal welfare framework.

This Government, however, has done none of this, and has no plans to do so. In fact, not one recommendation of the Select Committee on Animal Cruelty Laws in New South Wales has been supported by this Government. The select committee made important recommendations backed by evidence and welfare organisations, which, if implemented, have the potential to profoundly change the enforcement of animal cruelty legislation for the benefit of animals across this State. Other recommendations made by the committee include improved data collection and sharing between the three organisations that enforce the laws and prosecute animal cruelty, increased public accountability for the charities that enforce our animal welfare laws through release of their annual reports, the opportunity for public hearings in Parliament and a requirement to comply with Government Information (Public Access) Act requests.

The upper House of this Parliament is doing the Government's work for it. The animal cruelty inquiry came about as a direct result of the Government dragging its feet on the animal welfare legislation review, and doing the bare minimum of public consultation on the legislative overhaul that is supposedly coming later this year. The Hon. Emma Hurst is doing the Government's work too. The Government issued a consultation paper on penalties in 2018, and is only now actioning the clear call from the public because of the threat of a private member's bill. To be honest, we are getting really fed up with doing the Government's work for it. So while I was glad to hear from the Minister during the recent budget estimates hearings that the planned overhaul of our animal welfare legislation is expected to be presented to Parliament by the end of this year, we must take the opportunity to improve the current legislative understandings of what constitutes a criminal act of animal cruelty and increase prosecution powers in line with other serious crimes. I foreshadow that The Greens will move amendments to address this as well so as to ensure that the much‑needed and now three years overdue update to the code of practice for the breeding of dogs and cats is completed in a timely manner.

Consideration of amendments to the Bill, including successfully passed Greens amendments, can be found in Hansard here.