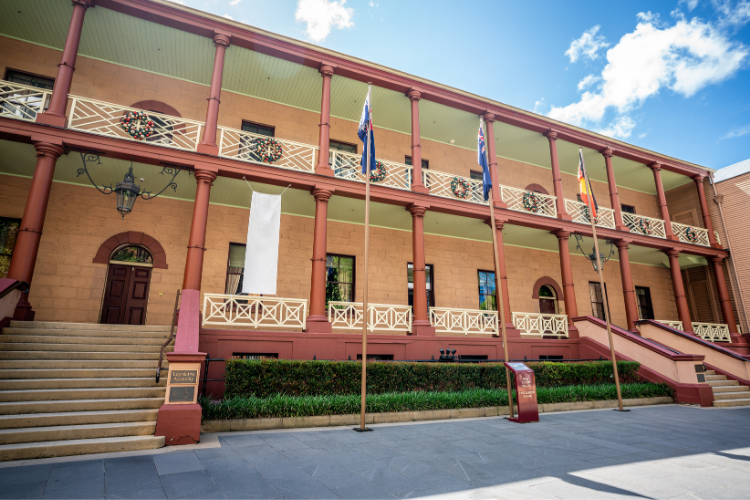 Abolishing the Lord's Prayer in Parliament

Today Abigail moved her motion that would replace the Lord's Prayer being recited at the beginning of each parliamentary day with a moment of silence for contemplation. As a country that has a clear distinction between church and state, and a diverse and multicultural community, the prayer has no place as part of this institution.

That, during the current session, Standing Order 28 be varied as follows:

(1)The President, on taking the Chair each day, will read the following statement:

I ask all members to stand in silence and pray or reflect on your responsibilities to the people of New South Wales.

(2)The President may nominate another member, or request the Clerk, to read the statement.

The motion asks members of the House to amend Standing Order 28 to replace the Lord's Prayer as read at the commencement of a daily proceedings to provide the opportunity for all members, regardless of their religious beliefs, to choose to stand in silence while either praying or reflecting on their responsibilities to the people of New South Wales. Put simply, the Lord's Prayer is not relevant to every member of Parliament in this place. As a person who is not of Christian faith, I have two choices on every morning of sitting day: I either stand outside, excluded from the opportunity to participate in a key formality of the Parliament; or I stand inside the Chamber, falsely participating in a ritual that is not mine to participate in, betraying my own beliefs and devaluing those of others. Either way, I am excluded from the opportunity to join with the other members of this place to reflect on my responsibilities ahead of the sitting day in a way that is meaningful and personal to me.

That was not a problem I have had before. It is probably not surprising that when I worked at Kmart I was not required to listen to the Lord's Prayer before I could start serving people at the checkout; at UBS Investment bank we did not stand for the Lord's Prayer before the stock market opened. In fact, until I became a member of Parliament, I spent my days in institutions where diversity in gender, ethnicity, religion and cultural background were not only tolerated but also actively acknowledged and encouraged, and where it was frowned upon to reinforce harmful norms and stereotypes that would discourage that diversity.

The reading of the Lord's Prayer in Parliament puts up yet another barrier to this place being truly representative of the people of New South Wales. We cannot escape that the vast majority of occupants in this place have over the years and decades been men of a certain cultural background. I am not surprised that the physical and structural aspects of Parliament reflect that history; that everywhere I look there are pictures, photographs, busts and names that are overwhelmingly of men; and that women, people of colour, people with a disability and people from a variety of religious affiliations are the very small exception to a general rule. I am surprised that as a collective this Parliament has not worked hard to make itself a more inclusive workplace for the future, so that in 10 or 20 years time there is a richer and more diverse history to this place than what we have seen so far. A very basic step towards that inclusion of a more representative group of people in our Parliament would be to acknowledge that the Parliament is not a Christian institution. It is wholly separate from the Church—from any Church—and it is wrong of us to make the recital of the Lord's Prayer, a wholly Christian practice, a core part of our everyday proceedings here. It excludes and alienates many of us who are not practising Christians.

The traditions and formalities of Parliament are important in reminding us all that we are in a very serious role, and in highlighting the importance of our democratic institution. But it is a mistake to believe that the solemnity and seriousness with which we begin the day's proceedings here requires the recital of the Lord's Prayer. In fact, a form of the Lord's Prayer was adopted into the formal procedures of Parliament only in 1934 and it was not without considerable controversy at the time. In at least the 80 years prior to that, attempts to include the prayer were rejected. As far back as 1856, members opposed the reading of the prayer, including on the basis of their differing religious views.

The Lord's Prayer has not always been part of our procedures and it does not need to continue to be. Instead, we can all stand in silence while we reflect on our responsibilities to the people of New South Wales. Some will no doubt still take the opportunity to reflect on the Lord's Prayer in that silence and treat that moment with the same degree of respect and formality, knowing that for all members present it is a meaningful moment. Some very silly things have been said about the motion in the media. Top among them is the assertion that standing for a minute in silence is some sort of meditation exercise. I am sure that line plays very nicely for the right wing media, but, of course, it is deeply offensive to all of those whom we have remembered with our moments of silence in this place after their passing. Those moments are treated with the gravity they deserve and I am sure that absolutely nobody is engaging in meditation during that time.

A moment of reflection on our duties as members of Parliament would, I am sure, be treated with the same respect. I believe we have a responsibility to question longstanding procedures and ask whether they are still appropriate given the changing times. I believe we also have a responsibility to ensure that our democratic institutions will, one day soon I hope, actually reflect the diversity of the population that we are representing. I put this motion forward in an effort to bring our Parliament into the twenty-first century, knowing full well that many members are simply not ready to make the changes required. But their choice to continue or to revise those discriminatory procedures is just that: a choice.

It is not something that they have to accept because it has long been that way; it is something that they are actively choosing to accept and something that is within your power to change. The Greens believe the statement that opens Parliament should be inclusive of all people of all beliefs and faiths. Replacing the Lord's Prayer will make this place more respectful of our State's diverse and multicultural population and better reflect the secular nature of our country and our Parliament. We can set an example here today by encouraging respect in the public sphere for people of all religions and, indeed, those of no religion.