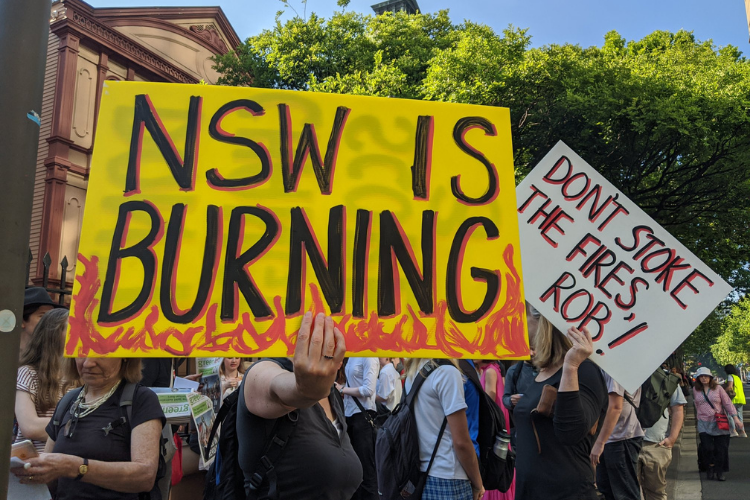 In response to the economic impacts felt due to COVID-19, Abigail spoke about the effects of disaster capitalism and how we must build a new economic system to overcome this crisis.

Ms ABIGAIL BOYD (19:33:30): It is not easy to keep an eye on the bigger picture and the broader policy decision trends during a pandemic. In times of crisis we are understandably focused on the daily emergencies of our own existence—getting through each day and keeping ourselves and those around us safe. Unfortunately, in times of crisis we tend to put too much trust in those in power—not just in our governments, but also in big-branded corporations. The history of the past several decades demonstrates that local and global shocks and disasters are always used to push through deregulation and pro big business policies; policies that weaken environmental protections, erode worker rights, lower taxes on the wealthy and generally advance the more unpopular aspects of the neoliberal agenda that in ordinary times would be held back by pesky democratic processes.

This pattern has become quite predictable, as explored by Naomi Klein in depth inThe Shock Doctrine. The tactic was first developed after the period of the New Deal in the US, which created long-lasting social reforms and valuable social infrastructure that lasted decades. It became clear from that time that crises can often result in a more activist and community-oriented society, resulting in meaningful progressive outcomes. It is not surprising that those who seek to democracy-proof capitalism, the term used by those who pioneered this tactic, are not big fans of growth in the public sector. Ever since, crises have been used across the world to further an ultra‑capitalist and neoliberal agenda and to push through those policies and decisions that would in normal times attract too much negative attention and face too much public opposition. These policies further entrench wealth and power inequalities at a time when we are all disoriented and reeling with the shock of our new circumstances.

Whether it is wars, natural disasters or economic crises, they have all been characterised by an aftermath of disaster capitalism—calculated, free market responses that exploit and exacerbate existing inequalities. Crises are used as opportunities to force the sale of public assets, to privatise essential public services, to minimise the commons and to generally weaken the power of community and government in favour of benefiting big corporations and wealthy individuals. For example, after Hurricane Katrina in the US environmental regulations were weakened and projects like drilling in the Arctic were approved and fast-tracked. During the global financial crisis [GFC] trillions of dollars was spent bailing out banks and insurance companies. The resulting financial burden was socialised throughout countries and wholly avoidable austerity policies were rolled out. During the GFC I witnessed firsthand this shocking burden placed on those least able to withstand it, while governments pulled back on the public services that were essential to increasing prosperity and productivity when it was most needed.

Time after time we have seen wars and natural disasters in poorer countries used to advance the privatisation agenda of wealthier countries. The poorer countries are required to sell off of their most precious resources in order to repay international debt, always for the primary benefit of big business. The fallout from COVID‑19 provides a perfect opportunity for the wealthy and powerful to push political agendas that would otherwise be met with huge public opposition. Across the globe the crisis has already been exploited to cut taxes for the wealthy and to bail out the industries that have contributed most to the climate crisis, fast‑tracking the interests of the fossil fuel industry. Of course, Australia is no different. Our Federal Government is guided by a coalition of so-called business leaders, mainly fossil fuel industry hacks, who advise Morrison to—surprise, surprise—fast-track investment in fossil fuels. Meanwhile the uneven and unfair application of JobKeeper is no mere oversight. It is a critical part of the strategy to push the ideological wish list of the Federal Government.

Look at the denial of JobKeeper assistance to universities, the failure to help overseas students when they are literally queuing up for food and then the insistence on an increase in university fees. That was an existing policy of the Coalition Government which is deliberately being pushed under the cover of COVID-19. This week in this place we paved the way for institutional investors to further financialise the housing market under build‑to‑rent schemes instead of addressing the affordable housing crisis with much-needed massive government investment in social and public housing. We have already seen the great gnashing of teeth over largely meaningless national debts and deficits, which will no doubt be followed soon by announcements "that nobody wanted to make" to sell government assets and privatise more services. Those policy goals that have long been on the Coalition's agenda can now be blamed on COVID-19. It will be deliberate, it will be predictable and we will call it out every step of the way.