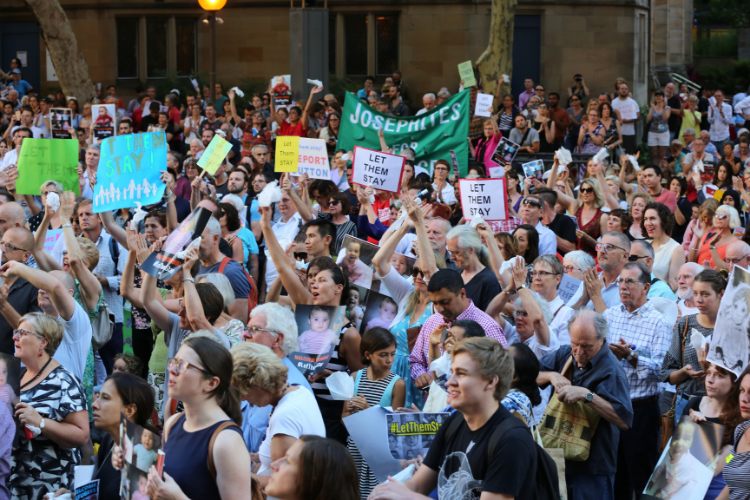 Today’s threats from the Coalition Government against protesters are now the third time the Liberal National Government have sought to target protesters, in an increasingly desperate attempt to avoid scrutiny and to protect big corporations from scrutiny.

“This is now the third time in just four years that the NSW Coalition Government has sought to protect themselves and their corporate mates from legitimate protest.

“The Greens will always support the right to protest, as a fundamental part of a free society.

“The right to protest is a fundamental one in a democracy, and the fact that that this Government is once again seeking to quash this right is an outrage.

“We saw the 2016 “Inclosed Lands” changes that increased fines for protest 10 fold and also sought to protect coal seam gas and mining operations from legitimate protest.

“Under the aggressive 2015 Biodiversity changes, forest protectors and animal welfare campaigners can already face imprisonment of up to three years or fines of up to $1.1 million for standing up for nature.

“The Government can legislate all it wants, but people will still protest until the cruelty and attacks on the planet stop,” Mr Shoebridge said.

“What we see today is just the latest attack on protests, aimed directly at animal welfare activists.

“A one thousand dollar on the spot fine is unprecedented, and a direct attack on freedom of speech and political expression.

“The Liberal National Government is working with the corporate owners of factory farms to protect them from legitimate protest.

“The more people see the day to day cruelty in the worst offending farm operations, the more pressure there is to put in place humane laws.

“Activists know that the existing system is not working to protect our planet from catastrophic climate change, to protect animals from systematic brutality or to protect the human rights of citizens and those seeking asylum,” Ms Boyd said.

Two of the previous actions to criminalize protest by the NSW Coalition government were: